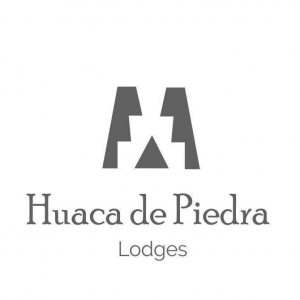 What to visit?
Activities

The Ecolodge Huaca de Piedra is located in the district of Íllimo. The center of the "Honey Bee Capital" is 10 minutes from the hotel. Politically Íllimo belongs to the region and province of Lambayeque, and geographically it is located on the left bank of the "La Leche" river. Chiclayo, the "City of Friendship" is approximately 50 minutes from Íllimo.

The Ecolodge Huaca de Piedra is located in the district of Íllimo. The center of the "Honey Bee Capital" is 10 minutes from the hotel. Politically Íllimo belongs to the region and province of Lambayeque, and geographically it is located on the left bank of the "La Leche" river. Chiclayo, the "City of Friendship" is approximately 50 minutes from Íllimo. 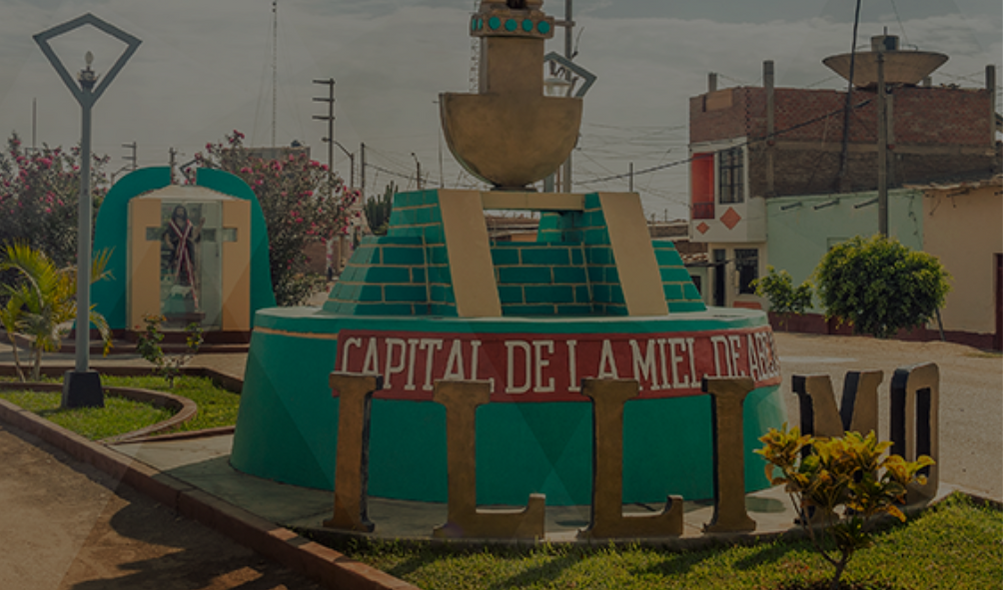 Visit the Túcume town and get to know its majestic pyramids, it is located 15 minutes from the Ecolodge, in the lower part of the “La Leche” valley, in northwestern Peru, founded by the Sicán or Lambayeque people.
The district of Túcume was created in 1894, around the town, which was entrusted to the Spanish Juan Roldán Dávila in 1536 by Francisco Pizarro. In 1622, a flood of the river "La Leche" moved the city to its current location. 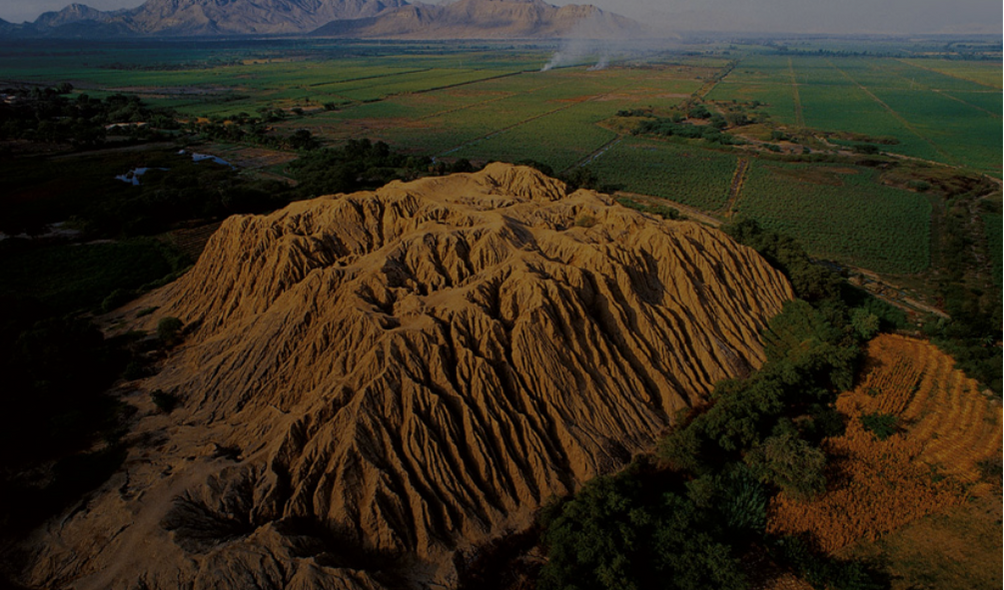 It is one of the main attractions where the Millennium Tree is located. This tree is of the carob species, it is 40 meters high and received its name from the ancient Sicán culture. The local population shows manifestations of Fe and energy center, the tree is over five hundred years old and is still in production. It is the only known tree to have reached this age. 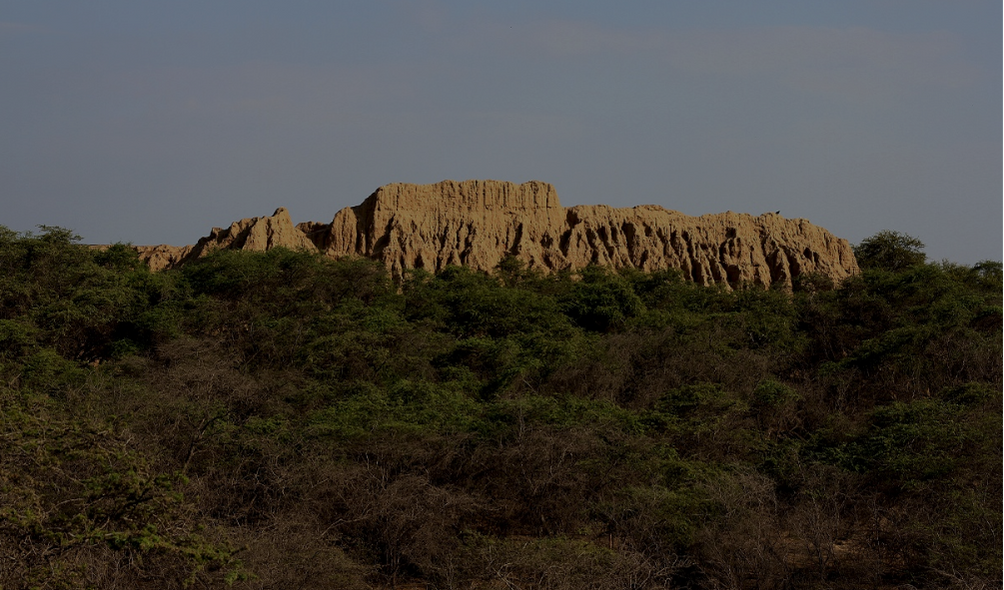 The museum shows us the process of the Lambayeque Culture developed between the 8th and 11th centuries AD. Likewise, it presents the renewed cultural environment called "Sala de la Sacerdotesa de Chornancap", where it exhibits the most representative offerings of the funerary context of this elite character of the Lambayeque culture.
Location: Av. Huamachuco cdra.8 – Lambayeque-Peru. 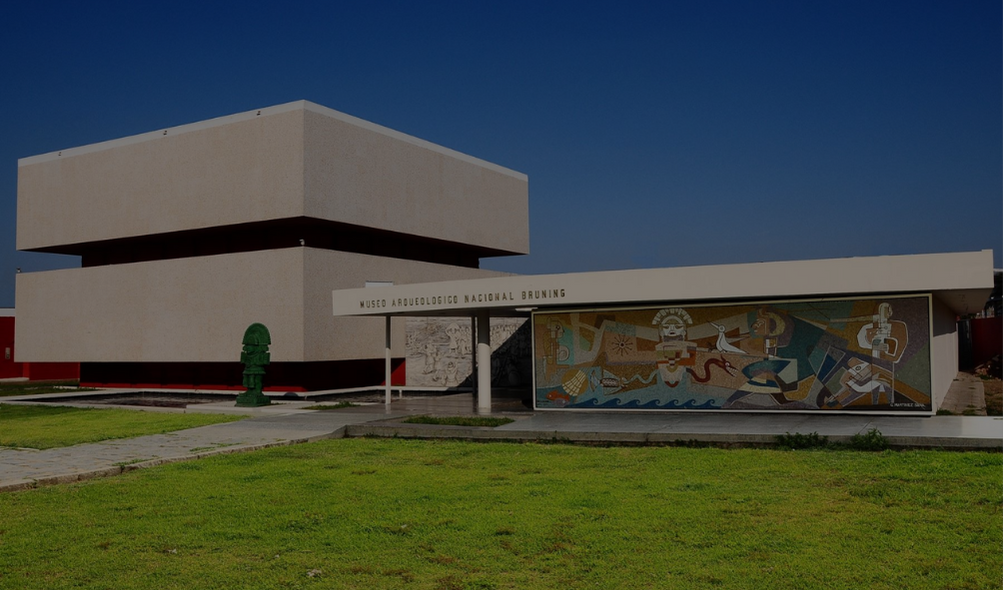 It is located in the city of Lambayeque, its architectural design has been inspired by the ancient truncated pyramids of the pre-Inca Mochica culture. The museum concentrates more than two thousand pieces of gold found in the tomb of the Lord of Sipán, a discovery made in 1987. Location: Av. Juan Pablo y Guzmán S/N Lambayeque – Peru. 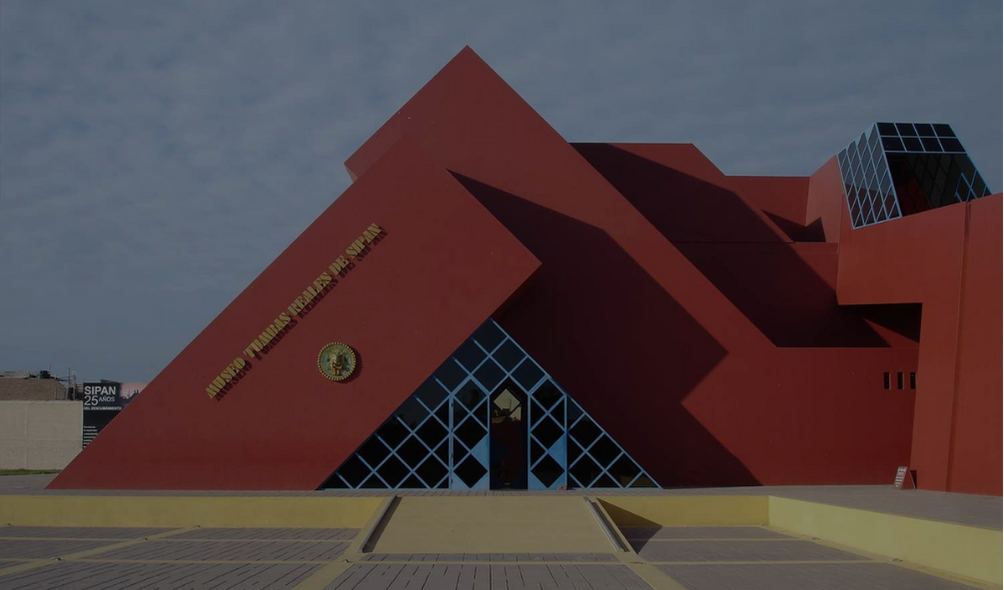 Located in the city of Ferreñafe-Lambayeque, on the road that leads to the Pomac Forest Historic Sanctuary. The permanent exhibition is made up of cultural assets distributed in the thematic rooms that explain the different aspects of the Sicán society. The main attraction is the exhibition of the trousseau of an elite tomb excavated in "Huaca del Oro". Among the objects, an impressive and majestic gold mask painted red stands out. 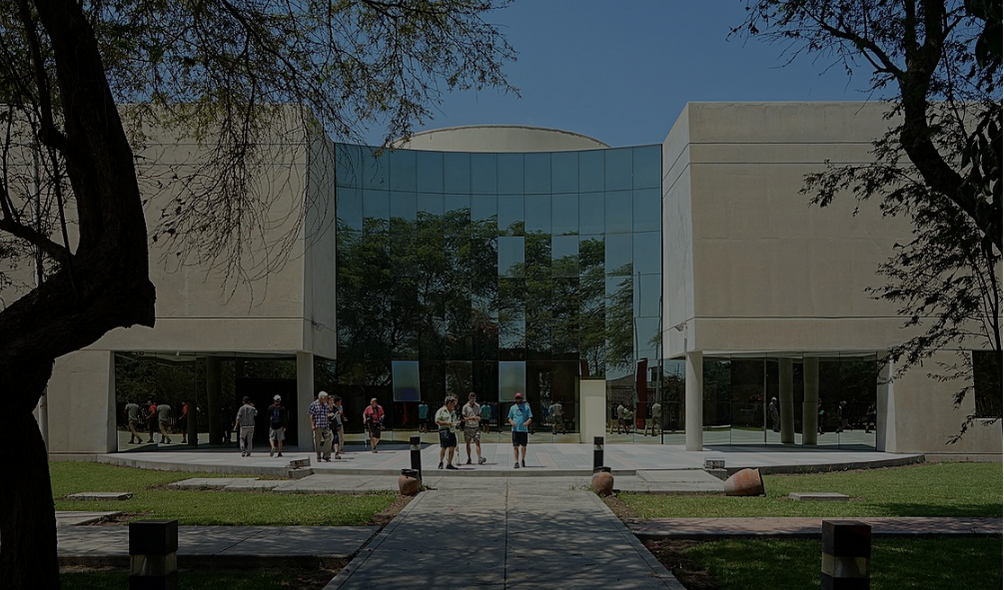 Winner of the world award for "Best Tourism Project", it is built on the slopes of Cerro Purgatorio, summarizing the scientific research carried out in the archaeological complex. It has three independent exhibition rooms for visitors to appreciate the link between culture and nature. The museography is playful, interactive and very visual, exhibiting the general history of Túcume from pre-Hispanic times to the present. Location: 1 km east of the Túcume – Lambayeque district. 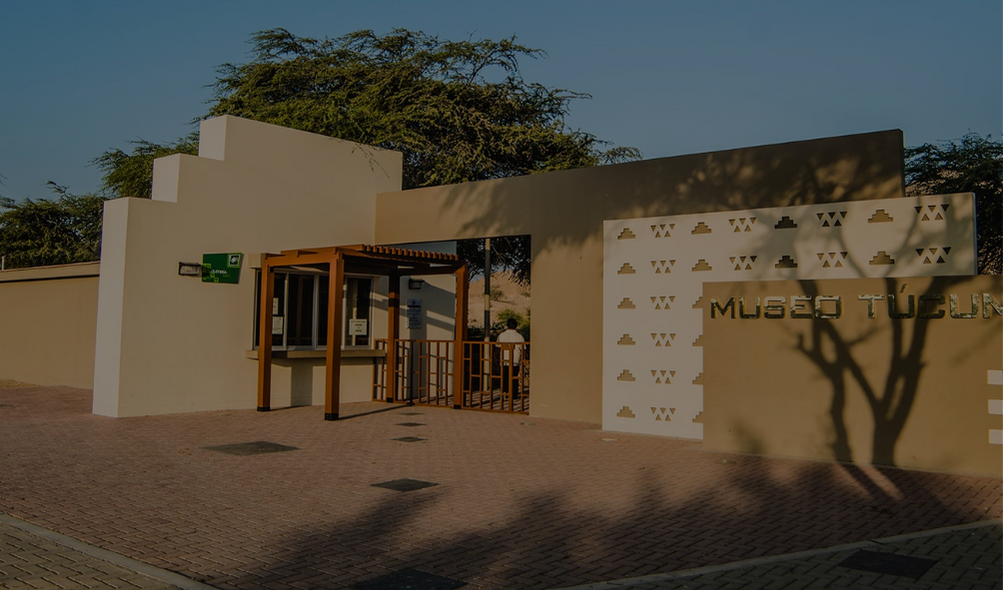 The Archaeological Complex and the Site Museum are located 27 km east of the city of Chiclayo, in the jurisdiction of the Zaña district. The museum exhibits three funerary contexts of the Mochica elite recovered in the excavations carried out in 2007 in the royal mausoleum of Huaca Rajada-Sipán. Tomb number 14, called the Warrior Priest, presents a necklace of feline heads with Spondylus shell teeth and turquoise eyes. It also exhibits tomb 15 or that of the Noble Warrior and Tomb 16 called Priest Warrior. Location: In the communities of Huaca Rajada and Sipán - District of Zaña. 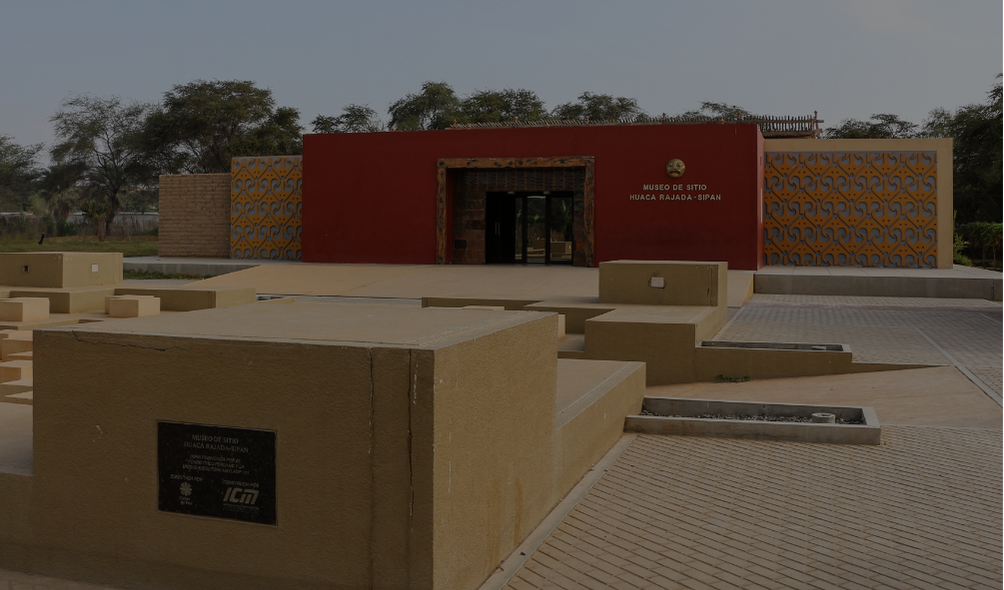 In it you can appreciate different scenes of the landing of the mythical Naylamp through oil paintings and the representation of an impressive scene in which 25 mannequins are included. The first Priestess of Lambayeque was discovered in the Chornancap complex. Location: 1.5 km from the Ranchería Comunidad Campesina – San José – Lambayeque. Huaca Ventarrón Archaeological Complex Located in the Ventarrón populated center of the Pomalca district, it is considered the first temple of Lambayeque dating back 4,000 years and containing in its magnificent architecture the oldest murals in America. 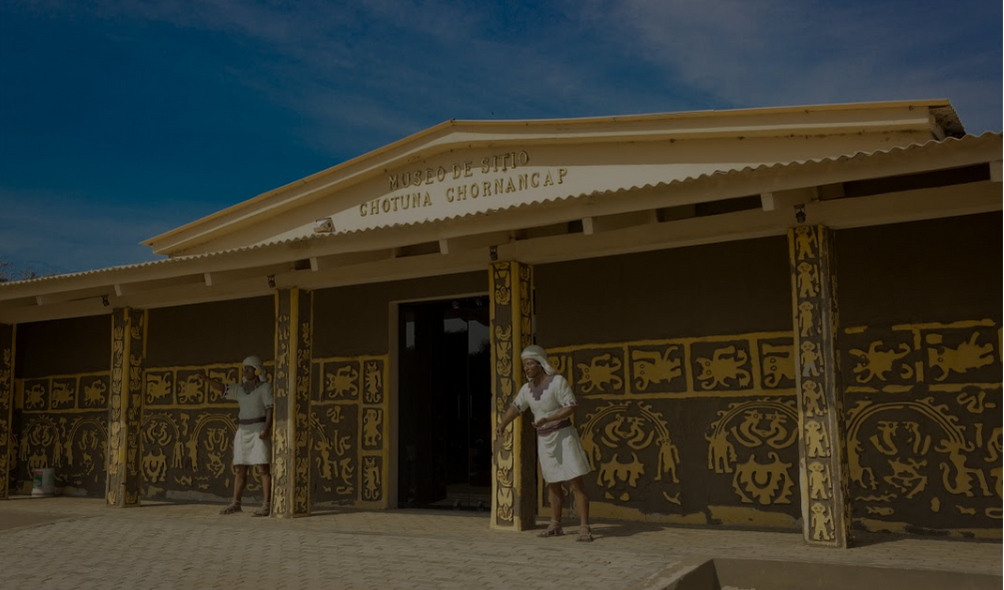